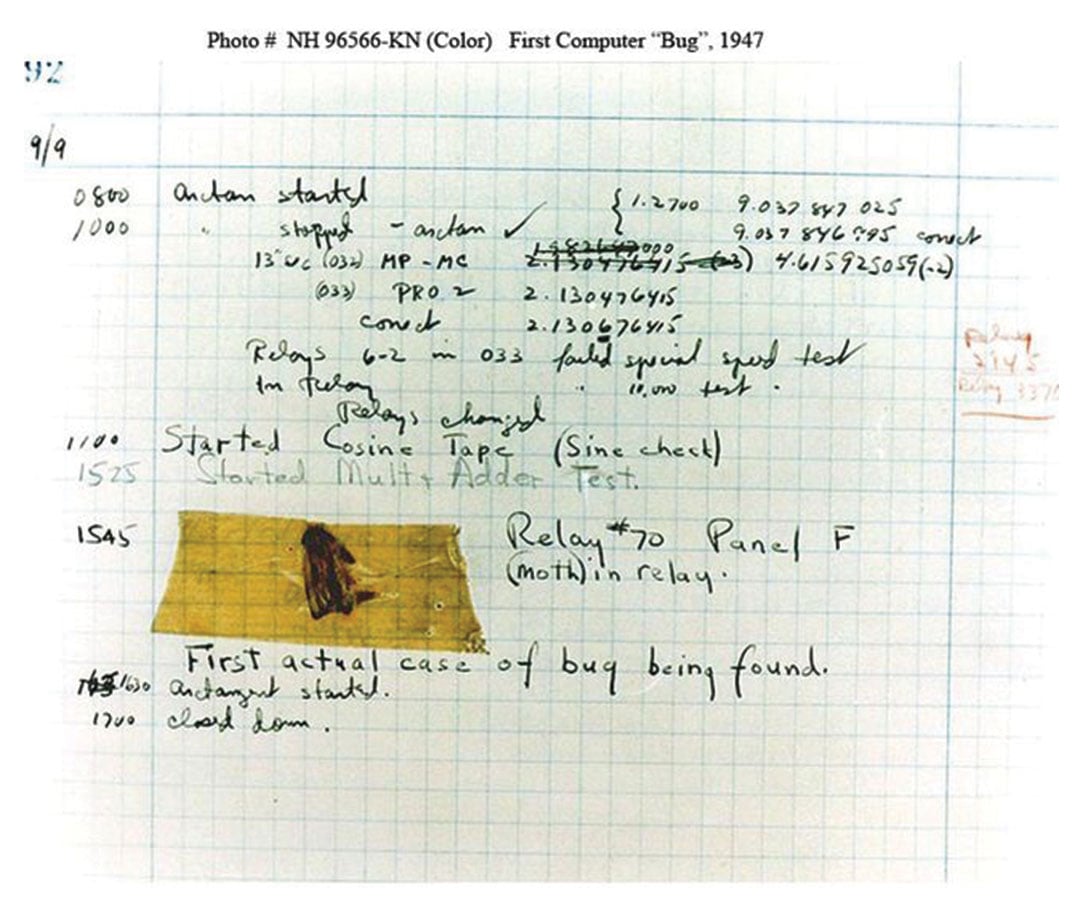 On September 9, 1947, the world's first computer bug was recorded. But this was no ordinary ‘software bug’. It was a real-life moth that was causing the issues with the computer’s hardware.

This “first actual case of bug being found" was recorded by computer scientist Grace Hopper. After her colleagues at Harvard opened-up some hardware to try and discover what was causing errors in the computer, they were surprised to find the insect trapped in a relay. They literally had to ‘de-bug’ the machine to fix the problem, and the infamous moth was sellotaped into Hopper’s diary. Who knew a moth could cause so much trouble?!

But, contrary to popular belief, Hopper didn’t invent the term bug in 1947. In fact, ‘bug’ had been used since the early 1800s when Thomas Edison used the phrase to describe a problem with his telephone designs:

“You were partly correct, I did find a ‘bug’ in my apparatus, but it was not in the telephone proper. It was of the genus ‘callbellum.’ The insect appears to find conditions for its existence in all call apparatus of telephones.”

This letter, which was later auctioned for a cool $12,500, is one of the earliest examples of the word ‘bug’ to describe a technical issue that has been found. By the 1940s, made famous by Edison, the term was commonly used this way, which is why Hopper’s ‘first actual bug’ looks a bit like a little joke she made for herself and her team.

Word geeks also trace ‘bug’ all the way back to the Middle English term ‘bugge’, used to describe monsters. They might not be the kind of monsters you find under your bed, but software bugs are definitely a software developers worst nightmare, so maybe this old school definition still stands too!

Although she did not pioneer the term, Hopper was the first person to record a bug found in a computer, and certainly the first to attach said bug to her diary. Today, on September 9, we celebrate ‘Tester’s Day’ to mark this famous discovery. Software testing is extremely important to the technology industry as a whole, and we would like to thank our crowd of 25,000+ testers for the work they do. Happy Tester’s Day!