Well, just one app, actually (but it’s their pride and joy). We love helping startup companies be successful. Read our success story to learn more.

Acasa is a hub for managing monthly bill payments for your household. Setting up all of your bills takes less than five minutes, and each person in your home can pay their share of the bill directly to the provider. No one is left out of pocket.

The Challenges of Being a Startup

Typical high-growth startups focus on building a product first—with their customer in mind—without considering quality assurance as an ongoing part of the process. The team at Acasa was no exception. Although they had top development talent, none of the staff were dedicated testers or had much experience with app testing on a professional level.

The team relied on a combination of existing staff and beta testers to find bugs (or simply waited for customers to let them know).

Acasa had no established process for dealing with app QA and so the bugs just kept piling up, leading to disgruntled customers submitting bad reviews about the bill-sharing app and negatively impacting the company’s reputation.

It was time for a change.

The budding company did not have the resources necessary to implement a consistent QA process. This negatively affected their brand reputation, and resulted in a drop in their net promoter score (NPS).

To make matters worse, bug reports the team gathered had no consistent format, as they were sourced from so many places. Some were very descriptive and actionable, whereas others were vague and unhelpful.

Trying to juggle app testing with no consistency left the Acasa team overworked and overwhelmed, causing tension among the ranks. The developers wanted to release new features, but didn’t want to further damage their reputation with customers by sacrificing quality for speed.

We came up with a custom QA solution for Acasa

Acasa had too many bugs and not enough resources to manage them all—they knew it was time to ask for help. We began with exploratory testing, during which we pushed the Acasa app to its limits to find edge case bugs that were causing app crashes and failures. Our tester network was able to test the app on a wide variety of devices and operating systems, so we knew the tests were thorough.

After the initial exploratory tests, the development team at Acasa was able to use the actionable results provided by our in-house bug moderation team to address many of the bugs that were causing crashes in the current version of their app. We then helped the Acasa team set up a suite of regression test cases so that they could verify that new updates weren’t causing damage to otherwise stable areas of the app.

Adopting this new approach to QA as part of their development process alleviated much of the stress felt by the Acasa team and allowed them to focus on adding new features to their app rather than doing damage control. With more stable releases of their app, their NPS score increased as customers were more satisfied with their product. 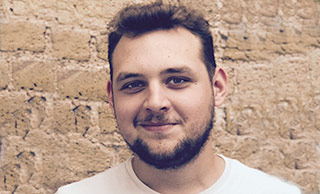 Before using Global App Testing we had a messy approach to QA and we found that our processes weren’t going to work in the long term."