The Issues That Tech Leaders Are Facing in 2020 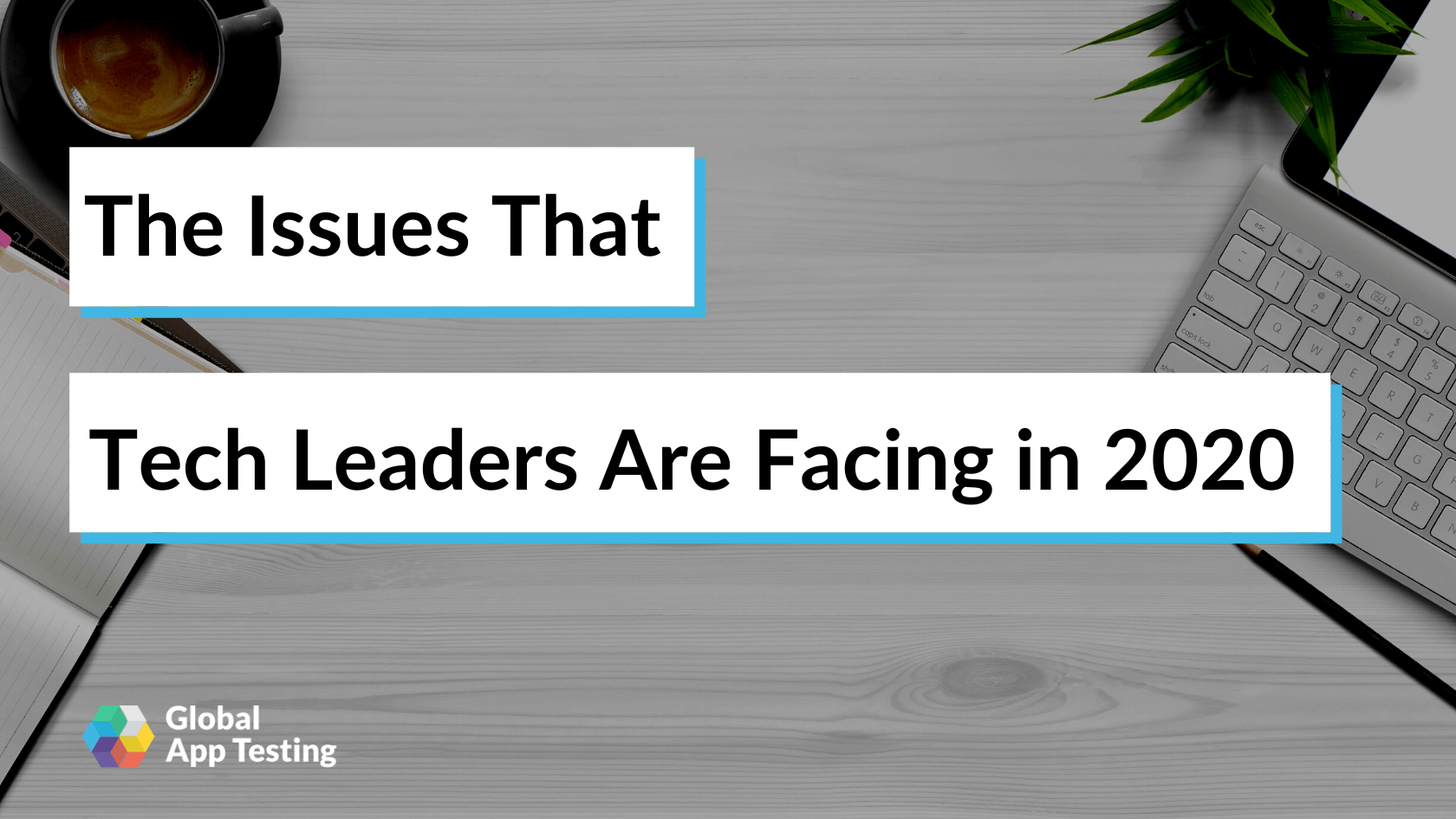 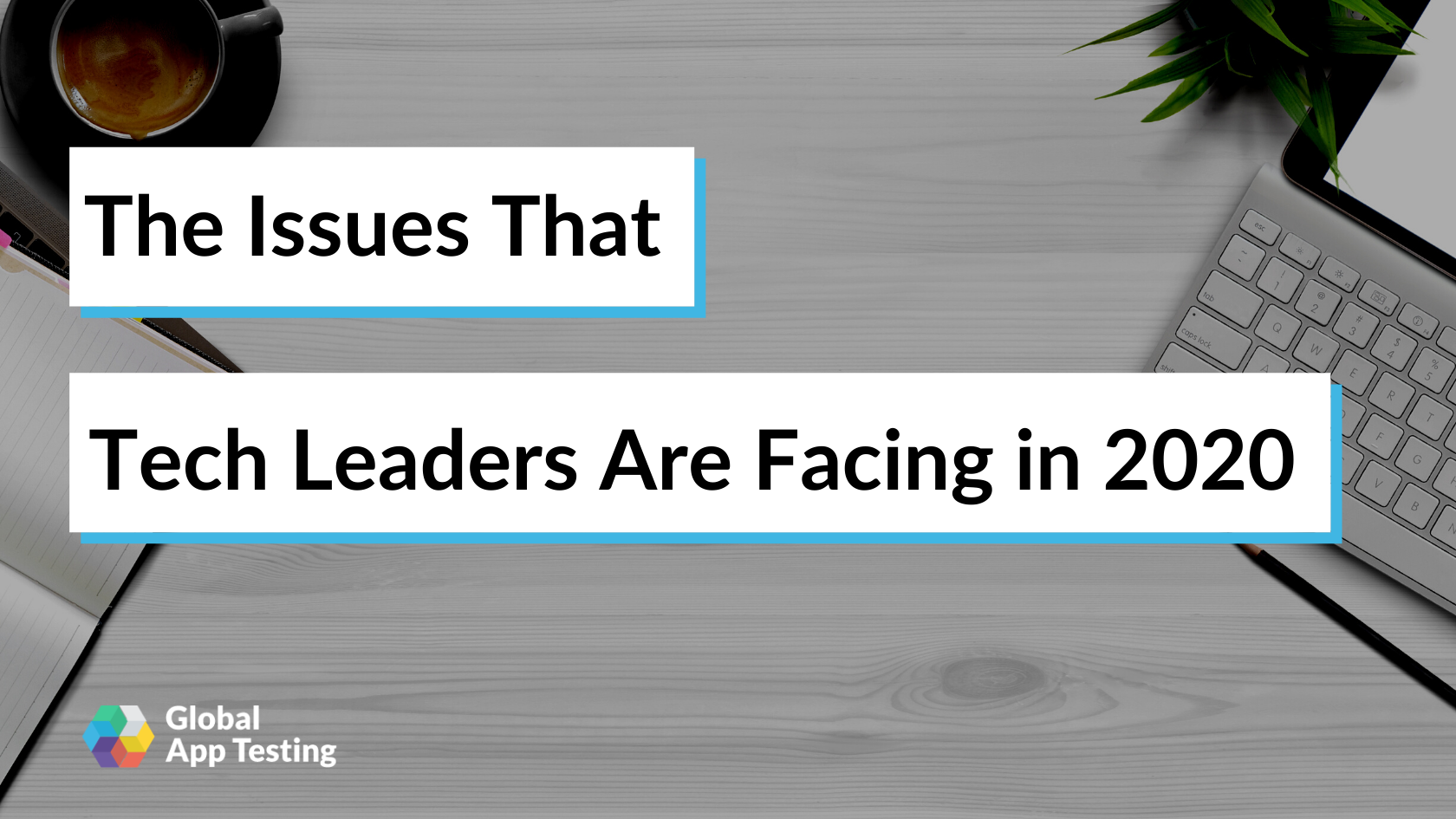 These days, tech leaders have to worry about more than just getting a product on the market.

The demands they face, ranging from getting a product released on time to keeping up to date with product development and software standards, paired with the unmatched pace that technology develops at, have led to high levels of burnout among tech leaders.

But, not only are the standard demands of releasing software affecting tech leaders. The increasingly global market, as well as new tools and technologies, affect them, as well.

The biggest challenge is ensuring that quality doesn’t suffer as a result of these challenges. Even then, keeping quality up isn’t easy.

It now goes beyond making sure things work in-house. It requires a global perspective and a willingness to explore.

The challenges of a global market

The market isn’t as small as it used to be.

Every company can now reach a global audience the moment they release their product to the world. The real challenge here is reaching that global audience in a way that doesn’t feel out of touch or like it was an after-thought.

Existing on the global market isn’t just about making sure that you've translated everything into the native language of a country. It’s more subtle than that.

It’s about looking at the whole picture and knowing that there are cultural variables that go beyond the language someone speaks. These are the details that can turn a mediocre global experience into something that shows users that you put some effort into creating a truly inclusive product.

This can include a variety of culturally specific issues that aren’t always obvious to someone who isn’t involved in the culture. These are little assumptions like:

The problem with these assumptions isn’t that they make you seem out of touch with the global market, it’s that they can directly impact the ability of users to either sign up for or even use your product.

For example, if someone lives in a culture that frequently only uses one name, but your product requires a first and last name for sign up, you’re going to lose a good amount of that market.

Automation has been a boon for a lot of industries. It helps people reduce the amount of time that they spend doing repetitive tasks that take them away from doing more meaningful work.

It was supposed to have the same impact when automated QA entered the scene, but what ended up happening was that automation has led to some less than ideal results.

With automated testing, testers run through a script that dictates the ideal way someone uses your product. It’s designed to reveal any bugs that could impede the standard usage of your app.

The problem is that people aren’t standard creatures. We love to come up with new and unique ways to do things, even when there’s a clearly marked path to follow. This means that automated QA misses things that can have a huge impact on the way your users interact with your product.

The more you rely on automation when testing, the more likely you are to fall victim to the tangled web of human biases, falsehoods, and the unintentional blindness that follows us around throughout our daily lives.

One of the most effective ways to deal with these problems that tech leaders are facing is exploratory testing. Exploratory testing offers you a way to wander through your product in a way that resembles what real users do.

Exploratory testing helps you anticipate by encouraging testers to use your product in fairly random ways. Instead of following a script, testers dedicate their time to using the app as they would if they had downloaded it themselves for personal use.

This puts you in a position to capture the random bugs in your product that you don’t know about. The ones that turn up when someone uses your app in a normal way (in that they don’t have a script to follow).

Exploratory testing also lets you take this one step further and catch any of the cultural blindspots that might exist within your product. If you have access to an international testing team (like ours), you can use them to identify anything specific to their country that could be missing.

Take a closer look at the problem

Being able to anticipate and manage these challenges while working on a product is a challenge in and of itself. It requires a willingness to think globally, while trying to manage things on a small scale (without sacrificing quality).

It’s hard. But it’s not impossible.

To help you get a better understanding of the challenges tech leaders are facing in 2020, we’ve put together a white paper that digs deeper into the issue and addresses what you can do to keep these things from affecting your business.

Along with helping remove the problems that you experience trying to get your app ready to release, it could help relieve the stress of your job.

To find out more, download our white paper today.