We test the LiveSafe mobile app

Their app is world-class in the field of mobile safety communication. We were honoured to help make the world a safer place. Read our success story to learn more.

LiveSafe is the world’s leading mobile safety communications platform and enables users to do something when they see something. Used by major corporations and educational institutions to help keep employees and students safe, the LiveSafe platform focuses on providing actionable crowdsourced intelligence gathering for security officials.

Safety in an Uncertain World

How do companies around the world keep employees and contractors safe and prevent costly security incidents before someone gets hurt or operations are disrupted? In an increasingly uncertain world, LiveSafe promotes a collaborative approach to safety. They strive to make companies, schools, and communities safer for everyone.

The LiveSafe dashboard automatically routes tips to personnel who can resolve issues quickly— security teams for safety incidents, human resources for workplace issues, facilities management for repairs, and more. Administrators can use the geofencing feature to quickly locate users within a specific geographic area.

The LiveSafe team needed their app to work flawlessly

People’s lives could literally depend on the LiveSafe app being bug-free. More than 100 universities rely on LiveSafe to keep students safe on campus and major entertainment venues embed LiveSafe into their custom fan apps to help with security during events. Needless to say, in order to be truly effective, the app needed to work on all devices, with all operating systems, at all times—no exceptions.

Not only was the LiveSafe development team at odds with increased device/OS fragmentation, they also needed consistent, actionable test results to address app bugs immediately. Like many other companies, there was not an easy solution at hand for getting the volume of testing coverage needed to support their app.

Efforts to perform automated testing in-house helped identify bugs during development, but the team was concerned that it might not reliably emulate all of the testing conditions that a person on the ground might encounter. The team needed the higher level of user insight that only human interaction could deliver.

We leveraged our global tester network for LiveSafe

We mobilised a team of 11 testers in two countries initially to begin testing critical application functionality on a wide range of devices, including emergency services, GPS, and employee safety reporting. Within 48 hours, we had identified numerous opportunities for improvement within the LiveSafe app. The success of this first round of testing led us to expand our efforts and begin further testing in additional locations around the world. The testing ultimately covered 45 cities and more than 19 countries.

Our results were just what LiveSafe needed 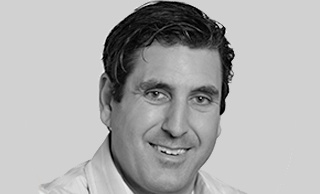 Having skilled professional testers personally interact with our app in the actual geographic locations where it might be used gives us the confidence to assure our customers that LiveSafe can help keep their people safe.”