6 Steps on How to Improve Your App Store Rating 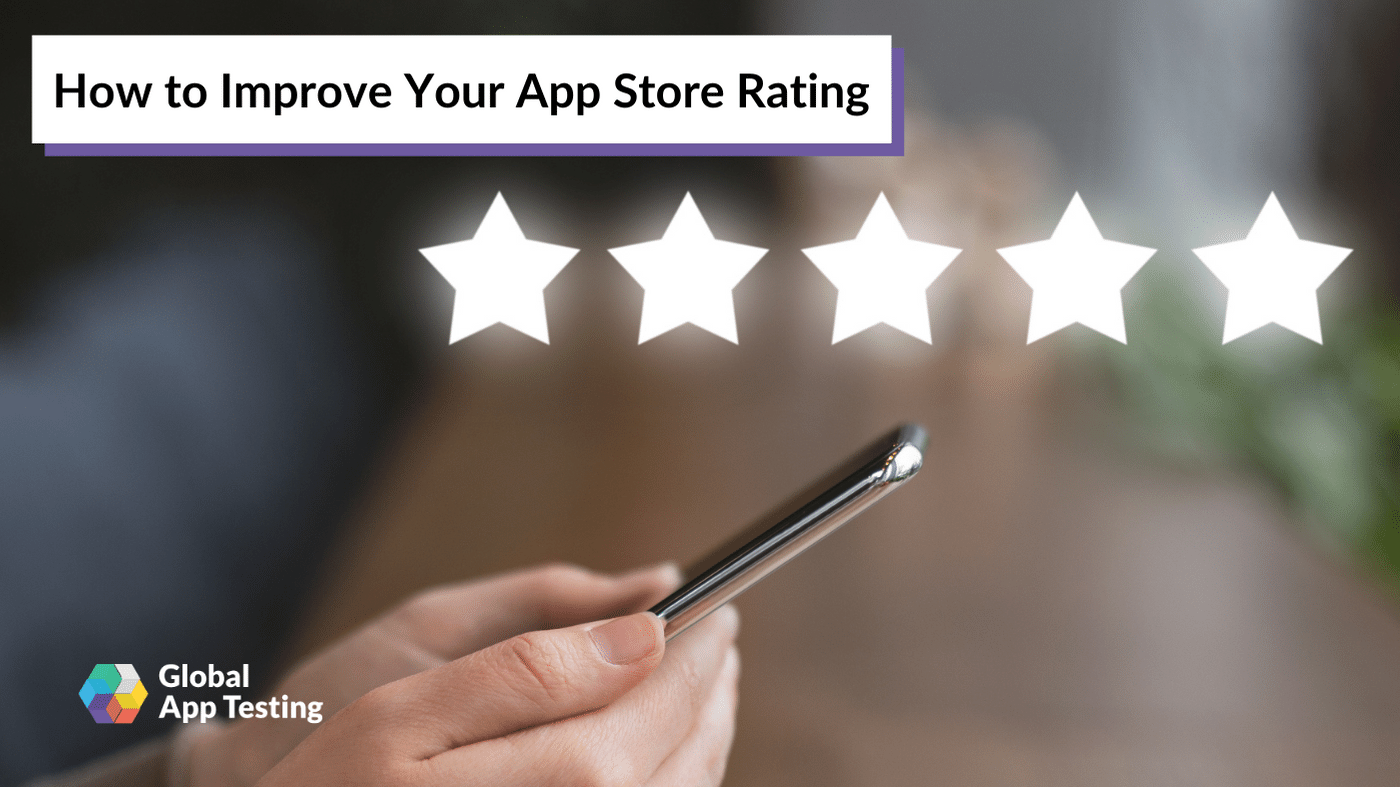 This time last year, I spent three hours deciding on a hotel to book for my family's annual summer vacation. Granted, there is a lot of choice, but it shouldn't have taken that long. The problem was that every time I found a good hotel, I read the negative reviews.

“The transfer time was too long”

“The staff were rude and unhelpful”

“The pool area was so noisy”

Why did reviews from complete strangers have such a strong influence on me? Checking reviews is common practice, whether you're booking a hotel, eating at a restaurant or downloading an app. But unfortunately, we are more interested in reading the negative reviews than the positive ones. Why is that? 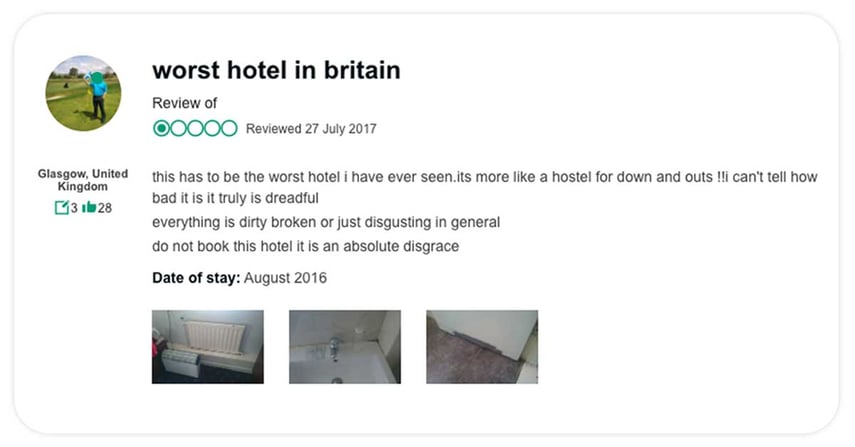 One of trip advisor's finest

Think of the last time you watched the news on TV. There is a reason the majority of news stories are negative. They grab our attention and keep us interested for longer because they play on fear, a very powerful human emotion. It makes you worry you might miss something important, so you're less likely to change the channel.

In most cases, mobile apps are cheap or free, meaning cost is rarely an issue. The biggest investment in apps is our time.

This creates a unique challenge for app developers. They must deliver high-quality apps consistently in short time periods. Failure to do so often results in negative reviews, which can kill your app.

The important role of reviews

Reviews play a key role in our decision-making process when deciding whether or not to download an app. We are more likely to listen to people that have had bad experiences than good ones. It's human nature.

Why do users give negative reviews?

Today's app user is impatient and demanding. There are three key areas within an app that annoy them the most:

The difficulty for developers is that performance varies greatly by country, device, operating system, connection type (2G/3G/4G) and mobile network. It is very difficult and time-consuming for your in-house QA team to test all scenarios. Short release cycles don't help.

Let's use devices as an example. Buying devices for your in-house QA team to test on is neither efficient nor cost-effective. Every app developer wants to support as many devices as possible, but sometimes it's only practical to test on selected devices. This may save time and money in the short term, but in the long term, your app will suffer.

Firstly, it’s impossible to avoid negative reviews entirely. Even the most popular apps get bad reviews. The best option is to minimise the root causes, learn from them and maximise your chances of positive reviews.

Here are seven steps that will help:

1. Test your app with our app checker

We've created a tool that compares your app with other top-performing apps on the app store. After completing the test, you can download your results to include in decks and internal presentations.

Click the button below to get started, there is no signup or email required. 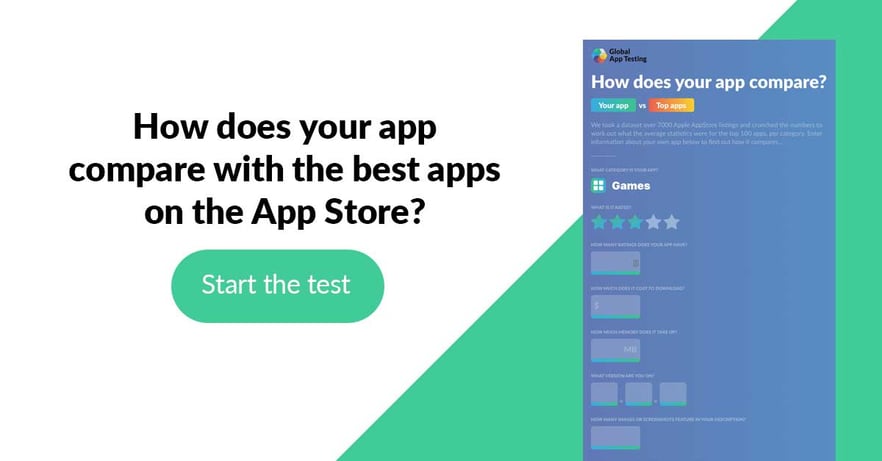 The tool was built using a dataset of over 7000 Apple AppStore listings, which we then used to generate average rankings for the top 100 apps.

Put your app to the test and see how you compare to the industry's greatest! We suggest that you save your results, follow the remaining six steps of this guide and check again in a month's time to see if there are any improvements.

2.  Speed is just a perception

According to a study from Google, 75% of mobile web users who experienced slow page loads perceived them as loading quickly. Think of the last time you were waiting for a train. If you stood and watched the clock, it would feel like a long wait. If you read a magazine or newspaper, time appears to go quicker but in reality, it doesn't.

This concept can be translated to mobile apps too:

Responsiveness is often a matter of smart design. Remove all unnecessary steps so your app is clear and simple. If a core process in your app takes too long, users will close it and use an alternative.

Design can be improved by asking yourself some fundamental questions:

4.  Fix as many bugs as possible

Fast speed and great design won't save you from negative reviews if your app is buggy. Writing clean code is harder than ever, so thorough testing is vital.


5.  Use the negative reviews to improve — but don’t rely on them

It's important to monitor user feedback to help drive future testing, bug fixes and design. Use  the mindset that every disadvantage has its advantage — learn from negative reviews to show you what your users really want .

No one likes reading a negative review of something they've worked hard on. But remember, you learn more from negative feedback than you do from positive feedback.

Using negative reviews to your advantage is good practice but don't use customers as guinea pigs. If they have a bad experience with your app, it's very difficult to win them back. Or worse still, they may negatively influence other potential users. Use beta testing or crowdsourced testing if you want to test real-world situations.

Testing is becoming more demanding. It's crucial you allocate sufficient testing time to your development cycles. That may seem difficult, especially with short release deadlines, but the risks are high if you get it wrong.

Everyone knows 100% coverage and accuracy is impossible. You need to calculate the risks and pick the most viable option for your app.

7.  Get your priorities right

Remember that speed is the most important factor to most users. Great new features or sleek design might be important to you but think carefully before compromising speed.

Where do I start?

Speed, responsiveness and stability are key success criteria for most apps. But every app is unique. It is vital to the success of your app that you understand what is important to your users. You can't fix problems that you don't know exist. 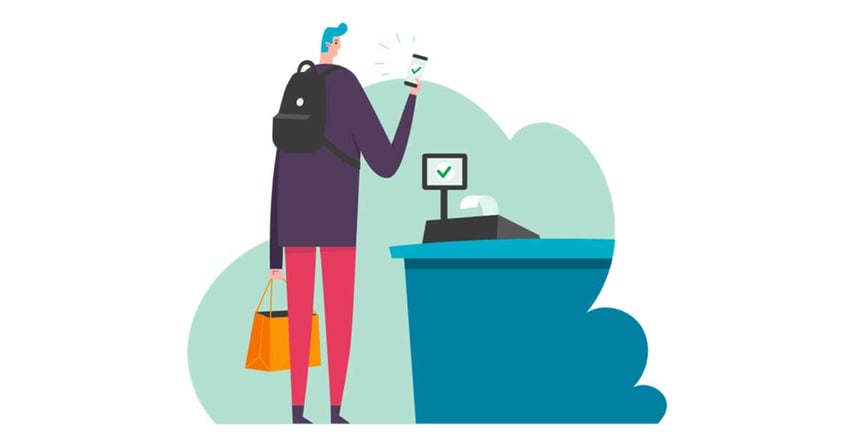 Once you have a clear picture of your users' needs, you can concentrate on delivering them.

Testing plays an important role in delivering a high-quality app. Use automated testing where possible but you can't automate everything.

Global App Testing is a crowdsourced testing company. We understand that releasing high-quality apps quickly is complicated. But you shouldn't have to sacrifice quality for speed – or vice versa.

We can help in these three key areas:

Your QA team may have multiple devices for testing, but it's impossible to cover every real-world situation. Usage statistics on Android and iOS devices can help determine what your testing priorities should be but testing on physical devices is imperative to the success of your app.

We understand the need for quality and speed when it comes to releasing apps. Reducing the time between development and release is what we do best. We send you bug reports in 48 hours or less so you can get on with fixing your bugs.

Hiring a large team of testers is expensive. We remove this barrier by offering access to our community of 20,000 testers. Our crowd testers can be used as your sole testing function or an extension of your existing QA team. 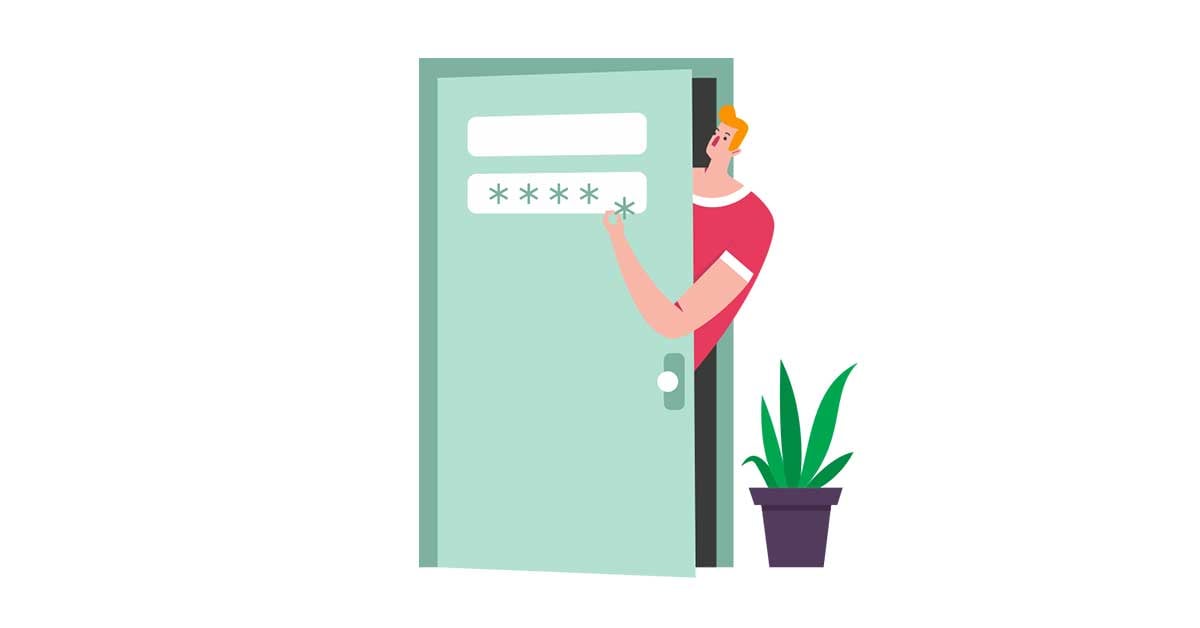 This year, there is no need for me to read the hotel reviews. We are returning to the same one as last summer because of the fantastic experience they delivered.

Going back to the negative reviews I mentioned earlier, what was it like in reality?

“The transfer time was too long”

- It was long, but the tour operators provided our kids with colouring books, so it felt like it went quickly.

“The staff were very rude and unhelpful”

- We found the staff to be very friendly and helpful.

“The pool area was so noisy”

- It was noisy because the kids' entertainment was so good and all the kids loved it.

This was a family hotel, so catering to families with kids was a good strategy. Will it mean they keep 100% of their customers happy? Of course not. The negative reviews prove that. But understanding what keeps the majority of their guests happy and learning from the negative feedback is the best they can do.

The same applies to successful apps. You will receive negative reviews but they are easy to misconstrue. If you understand what makes the majority of your app users happy and ensure you deliver it, the negative reviews will have less of an effect.

If only it was that simple in reality!