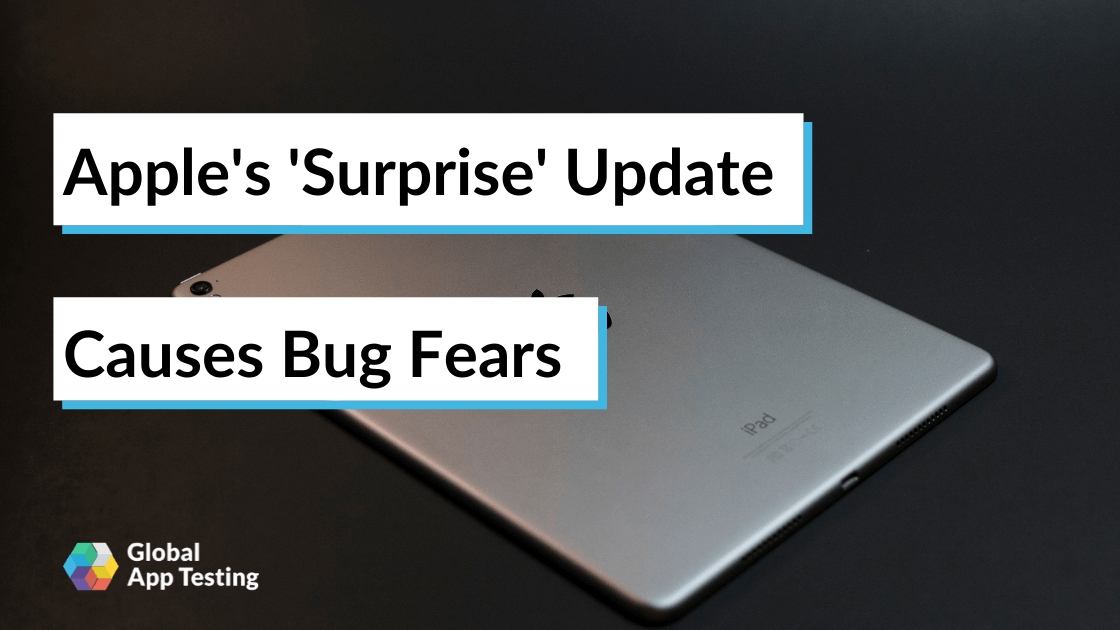 App teams, you might be busy fighting some fires this week

On Tuesday 15th September, Tim Cook, CEO of Apple announced that the company would be releasing the latest iOS 14, iPad OS 14, watchOS 7 and tvOS 14 updates on Wednesday 16th.

This gave developers less than a day to prepare, compared to the standard turnaround time of a week.

The tight and unexpected deadline has caused havoc for teams across the globe, with many scrambling to submit their products to the App Store and check for bugs in time for the update.

A big WTF at Apple dropping iOS 14 tomorrow without giving developers any notice, or final tools to submit their apps 😂

Getting set for bugs

Traditionally, Apple provides the tools to test apps on new OS an entire week in advance.

This week period can be spent uncovering bugs that may have been created in the final version of the OS and making fixes accordingly. It also provides a time frame for testing on the newest version of the iPhone, iPad or similar Apple product releases.

But due to the last-minute announcement, many development teams were faced with a short timescale to run sufficient testing of their products.

This led to some suggesting users hold off downloading iOS 14 altogether, as devs knew they couldn’t meet the deadline.

Even big players in the industry, like Nintendo, told users that the Animal Crossing: Pocket Camp app iOS 14 update would not be ready until the end of the month, well after launch day.

And for those who couldn’t meet the deadline, in come the bugs.

Welp, all the UIKit bugs I was hoping would get fixed in the GM haven’t been fixed. I figured if this were to happen, I’d at least have a week to figure out workarounds before iOS 14 was released to everyone. So much for that 🥴

A bad day for developer relations

Typically, iOS release day is spent with app teams promoting their new features and getting users excited about the new update.

But Wednesday was a different story.

Good morning to everyone except Apple Developer Relations.

It seems that Apple will have some work to do to earn the trust of developers again, with many frustrated at the possibility of having a buggy app on the market.

After all, a buggy app only leads to one thing: frustrated customers.

This was a particularly bad situation for app developers to be in, with fast turnaround times causing high-stress levels and inevitable lack of sleep.

But there is a solution when your QA capabilities are in a tight spot.

By partnering with Global App Testing, you can have access to 24/7/365 on-demand testing support. This means you can run tests at any time of day, on hundreds of device/ OS combinations.

For developers in a sticky situation, Global App Testing can act as your peace of mind by providing an always-on QA option. No matter how busy your developer team is, you will always have the help of our crowd of testers to scale up your testing capacity when you need it the most.

If you would like to find out more about what a crowdtesting solution can do for your team, speak with one of our growth specialists today.