QA Testing: Can You QA Everything?

Can you QA test everything? This sounds like a pretty loaded question at the outset but what we’re asking is can you ensure the complete quality of your app or website? This question should really be focused on whether you need to QA everything in your organisation, which in turn fundamentally depends on your wider product strategy and your capacity for QA. 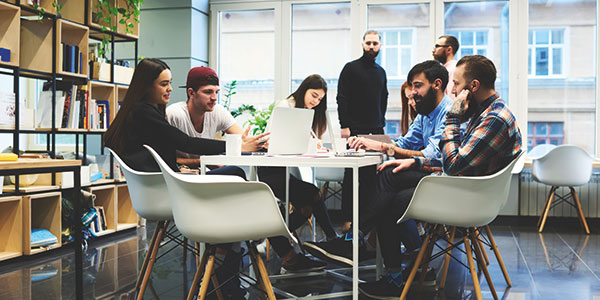 When you’re a start-up, your product is in its early stages so only a small amount of resources are needed for QA. The main focus is getting it out of the door and into the hands of the users and the developers hustle to make it to the next release, testing as they go. You’ve only got a handful of employees so when making hiring decisions it makes sense to forgo a QA to get another developer on board. When the product is ready, the second phase of QA involves everyone grabbing their phone and checking that it’s functioning, before moving to phase 3, calling up friends and families to try it out and make sure that it’s working. While it can be chaotic, at the early stages when the product is small, this process can still manage to cover it entirely. But what happens when your app or website becomes unwieldy? Does it become infeasible to QA everything?

A great example of this is a real estate company we worked with who came to us because they were running into scalability issues with their QA. This company had a guy in their office who had a literal briefcase full of devices that he would take into the kitchen when it came time for release. He would turn each device on, spread them out on the kitchen table and run through the app on each one looking for bugs.

I’m sure by now you can see the issues that this kind of approach introduces to QA, not to mention the problems with the kitchen table being out of use for a couple of hours. What makes it even more incredible is that this company has over 500 employees and close to $500 million per year in revenue. Yet, they operate their QA from a briefcase. This company had decided that QA’ing everything was not important enough until it started to affect their users.

Further complicating the issue is that, according to the World Quality Report 2016-2017, 42% of respondents named a lack of access to dev and test environments as one of their top challenges. If people are already struggling with access to quality test environments and are unable to get complete coverage on their app or website what happens as the product grows? Unfortunately, making changes as you grow is as difficult as it sounds and most companies continue moving in whatever direction they were previously. You can shift left as much as you want, put in place agile testing principles and even grow your in-house team but none of these alone will ensure you QA everything.

What you need is a new approach, method and thinking process dedicated to blending, optimising and growing your testing. Choosing the right tools at the right time, for the right applications or websites and then blending them together is the real answer. QA in this capacity begins to shine and moves away from just “software testing” focusing instead on delivering explosive growth. By shifting this mentality, from the top down, QA becomes less of a goaltending function which is only noticed when bugs are found and instead gets to focus on delivering functionality that works in a global marketplace.