The Women Who Changed The Tech World 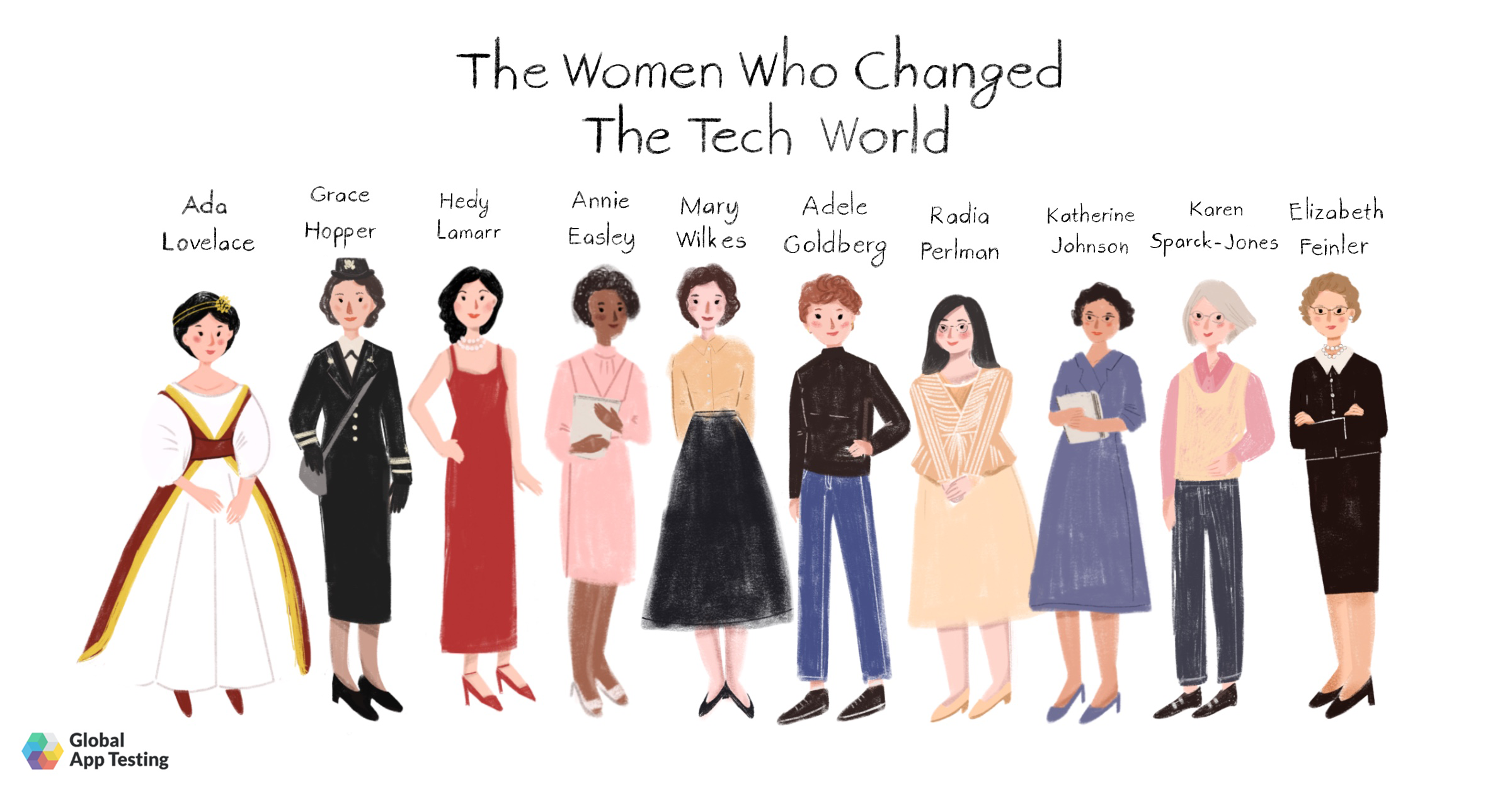 Today marks Ada Lovelace Day, an international celebration of the outstanding achievements of women in science, technology, engineering and maths (STEM). It is a day to showcase the vital work that women in STEM currently do, and to inspire the next generation of young women to follow in their path.

Suw Charman-Anderson founded Ada Lovelace Day in 2009, after realising that women in the tech were practically invisible in their field. Her aim was to raise the profile of women in STEM by encouraging people to be vocal about their achievements. With enough voices celebrating their work, the visibility of these incredible women would increase, creating a powerful new group of role models for girls who are choosing the path of their education, and women in their careers.

“Outstanding women can function as inspirational examples of success, illustrating the kinds of achievements that are possible for women around them. They demonstrate that it is possible to overcome traditional gender barriers, indicating to other women that high levels of success are indeed attainable.”

To honour Ada Lovelace Day, we have collated a list of 10 female role models who changed the tech world. By all means, this list is not extensive; there are countless women who have made outstanding contributions to the field of STEM - we could go on and on! After reading our list, why not check out this fantastic book Women in Science: 50 Fearless Pioneers Who Changed the World, for even more inspiring female role models in STEM.

10 Women Who Changed The Tech World

Ada was the daughter of romantic poet, Lord Byron, and his wife, Anna Isabella-Byron. Her mathematical talent shone through in her early life, and her skills and interest in machines lead to a working relationship with Charles Babbage. Babbage was the inventor of the “Analytical Engine”, a complicated device that was never actually created, but resembled the elements of a modern computer. As a result of her work on the project, Ada is often referred to as the “world’s first computer programmer”. It was Lovelace's notes on the Analytical Engine that Alan Turing used as a form of inspiration for his work on the first modern computer in the 1940s. 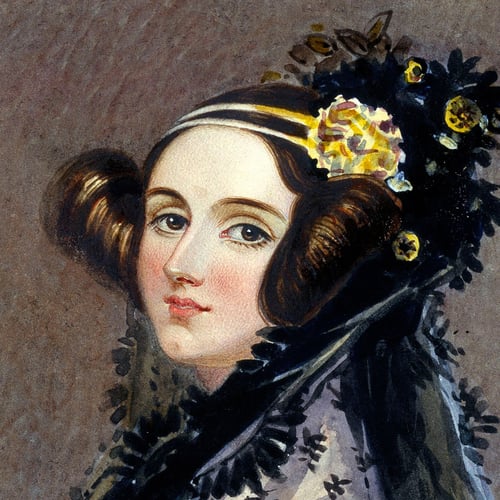 Undeniably famous in the tech world, Rear Admiral Grace M. Hopper was an esteemed computer scientist and one of the first computer programmers to work on the Harvard Mark I. Her work led to the development of COBOL, an early programming language we is still used to this day. In 1947, she recorded the worlds first ever real computer bug, and it is also said that she coined the phrase: “it is often easier to ask for forgiveness than to ask for permission.” 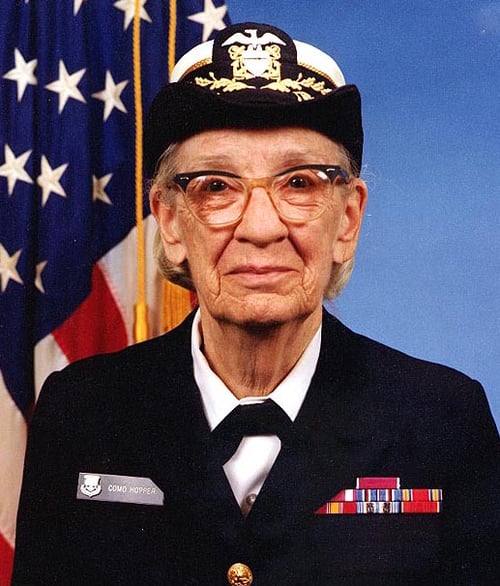 3. Hedy Lamarr: The Inventor of WiFi

Hedy was a self-taught inventor and film actress, who was awarded a patent in 1942 for her "secret communication system", designed with the help of the composer George Antheil. This frequency hopping system was intended as a way to set radio-guided torpedos off course during the war, but the idea eventually inspired Wi-Fi, GPS and Bluetooth technology commonly used today. 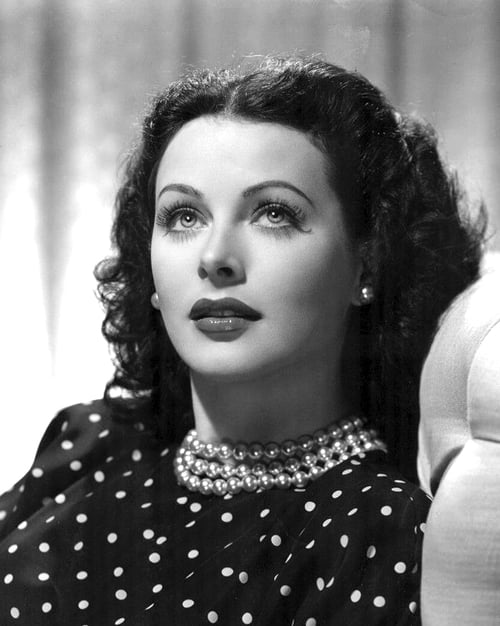 Annie was a NASA rocket scientist, and a trailblazer for gender and racial diversity in STEM. When hired, she was one of only four black employees at the Lab. 34 years later, she had contributed to numerous programs as a computer scientist, inspired many through her enthusiastic participation in outreach programs, and broken down barriers as equal employment opportunity counsellor. Easley's vital work on the Centaur rocket project while at NASA laid the foundations for space shuttle launches in the future.

Mary is a former computer programmer and logic designer. She is best known for designing the software for the LINC, one of the earliest systems of an interactive personal computer. Her use of the LINC at home in 1965 made her the first ever home computer user, and her work has been recognised at The National Museum of Computing, Bletchley Park. 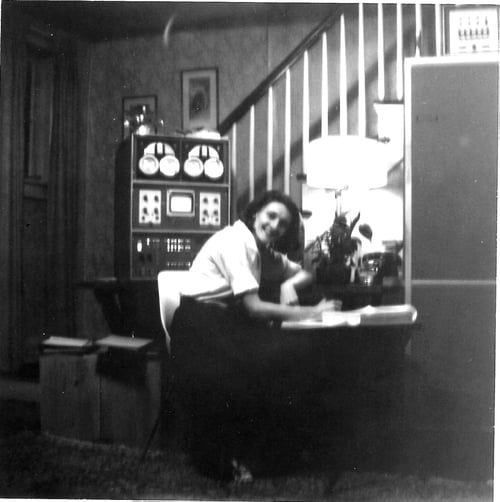 Mary Wilkes at home with the LINC

6. Adele Goldberg: The Inspiration For GUI

Adele was instrumental in the development of the programming language Smalltalk-80, which inspired the very first Apple computer. Adele is said to have referred to the decision to show Steve Jobs Smalltalk as a way to “give away the kitchen sink”. She was probably right! The concepts that Adele and her team set in motion became the basis for graphical user interfaces (GUI) we use every day. 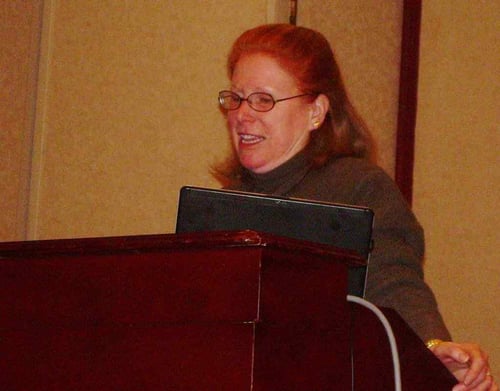 7. Radia Perlman: The Mother Of The Internet

Nicknamed “Mother of the Internet”, Radia’s invention of the algorithm behind the Spanning Tree Protocol (STP), was instrumental in making today's internet possible. Her work made a huge impact on the way networks self-organize and move data, and put the basic rules of internet traffic in place. Radia has delivered keynote speeches across the world, and is still a computer programmer and engineer for Dell EMC.

Katherine’s trajectory analysis as a mathematician for NASA was crucial to the success of the first ever US space flight. Her complex manual calculations were also critical in future space missions, including the first American in orbit, John Glenn. Katherine ran the numbers programmed into the computer at NASA for the flight by hand, at the request of Glenn. Katherine remembers him saying “if she says they’re good... “then I’m ready to go.” At age 97, she was awarded the Presidential Medal of Freedom, America’s highest civilian honour, by President Obama.

Karen was a pioneer in information science, and her work is some of the most highly cited in her field. Her development of Inverse Document Frequency (IDF), a weighting factor which evaluates how important a word is to a document, is now standard in web search engines and used to rank a document’s relevance to a search query. She received the highly acclaimed Lovelace Medal in 2007! 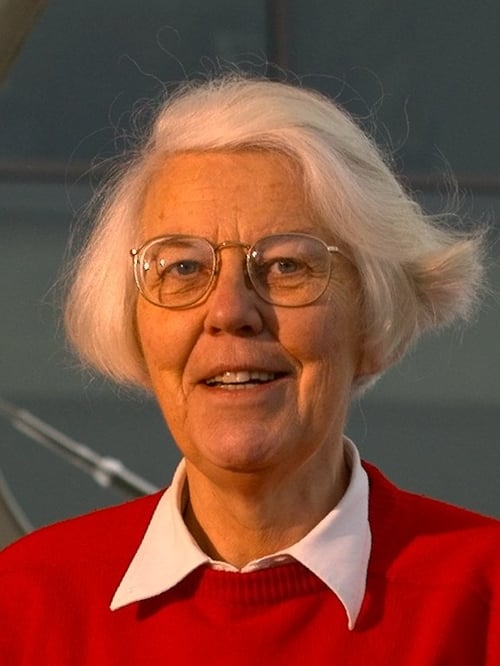 Between 1972 to 1989, Elizabeth ran the Network Information Center in California, which was a bit like a “pre-historic Google.” The NIC was the first place to publish the resources and directories for the Internet, developing the original "white pages" and “yellow pages” directories. Her group also developed the domain naming scheme of .com, .edu, .gov, .net, and many more that we use so commonly today.

From making history, to creating history, we spoke to a number of women who are changing the tech world now, and asked them the ever-important question: What does being a woman in tech mean to you? Here’s what they said:

Founder & CEO of the BYP Network

'Being a women in tech means breaking barriers so that those who come after me won't have to struggle the same way. It means showing the world my ability and believing in myself wholeheartedly.'

“Being a woman in tech means educating parents and businesses what they should have been taught from the beginning: how to protect themselves and their assets online. Too many people and businesses are losing what matters most to them simply because they didn't learn how to properly secure their online environments. They won't do it because they think "It's too complicated!" Or "I don't need it. I'm not at risk!" The truth is it's as complicated as you make it and everyone is a bigger risk than they believe.” 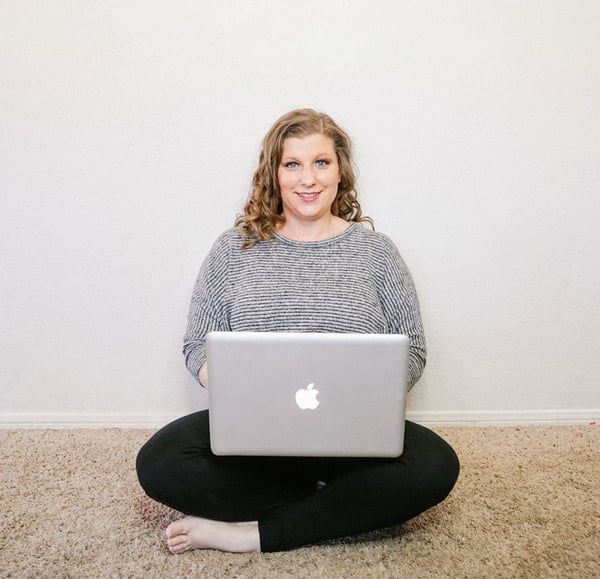 3. Cristina Ivanciuc: The Leader in Tech

“Being a woman in tech, in general, is both challenging and rewarding. It's still challenging because we've still not closed the gender gap in this field, but at the same time is rewarding to see how things are going in the right direction. Each individual woman can make a difference with the right attitude. The attitude that says: "I am a professional and my gender has nothing to do with my job. My experience has been the best so far, I've had the great opportunity to be supported, guided and helped by wonderful people, regardless of their gender, and at some point, I stopped seeing myself as a "woman in tech", but a "leader in tech". 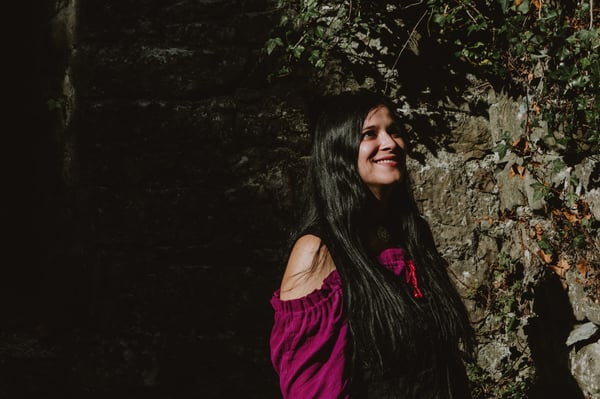 CEO and founder of Mailbird

"Being a woman in the tech world shows just how innovation works. The industry is well-known for its numerous male entrepreneurs, but establishing myself as a true contender shows just how quickly things can change. In the beginning, when I was fundraising, I felt as if I needed to go the extra step to showcase my product and to illustrate that this was more than a side hustle or an impulse startup. I was in it for the long haul and, as I began to make my rounds with meetings and calls, I slowly began to realize that I was actually being judged for my merits, and not whether I was male or female. That was a hurdle that I needed to overcome - for myself. And now I find that I thoroughly enjoy offering an email client to thousands of customers. And I am proud to be a successful female entrepreneur in the tech industry." 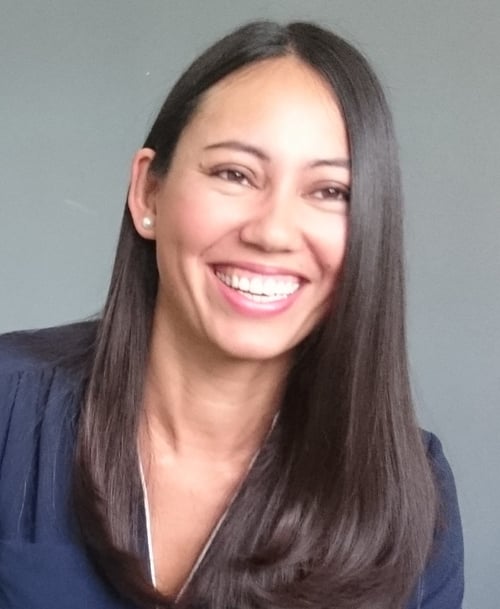 "Being a woman in tech is about having and fostering courage—in ourselves and others, to go after the unconventional, untried, and crazy ideas. In my preteen years, I became aware that certain activities or jobs were less acceptable for girls. I was curious and energized by the constraint. I explored technology because I loved the way it could change the way we do things and create new learning opportunities. I never saw it as a space that girls and women shouldn’t explore and I hope to encourage parents, kids and adults to consider it too." 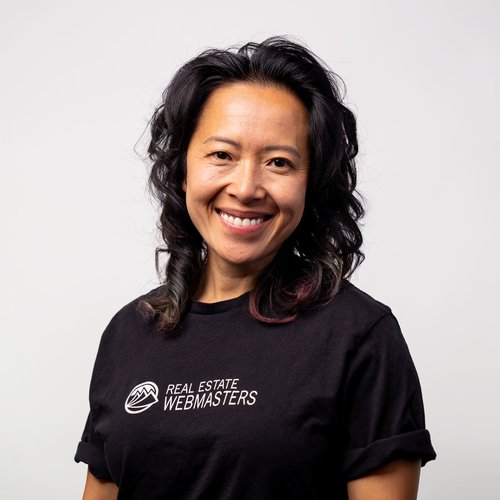 Join us in celebrating Ada Lovelace Day by sharing this article, as well as any inspirational stories from female role models past and present, who have changed the world. If louder voices are heard celebrating the achievements of women in tech, and STEM in general, more women will feel empowered in their career choices, and young people will be inspired to consider a future in STEM. After all, as said by Katherine Johnson: