When Should You Automate Your Software Testing? 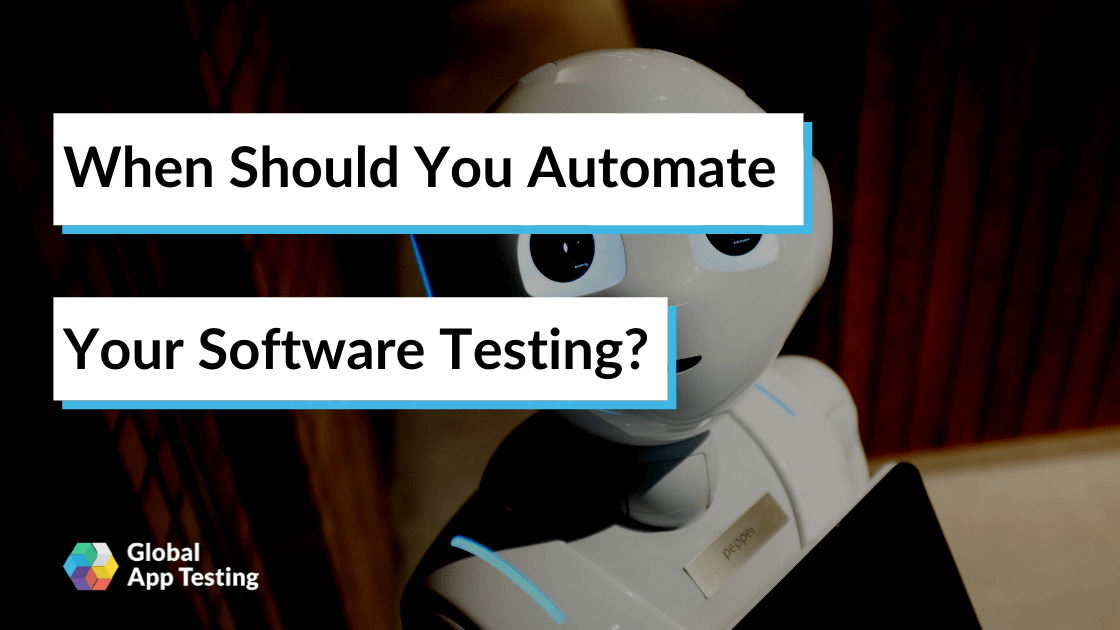 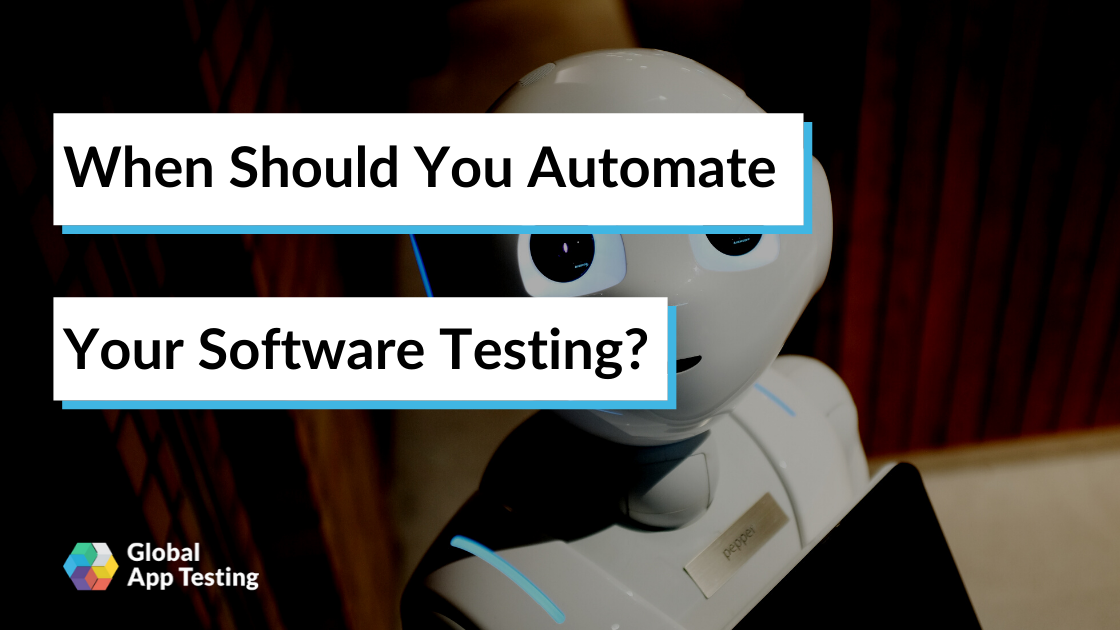 Automation is always assumed to be the most efficient option when it comes to tech.

If you can automate a process, you can make it quicker. After all, it’s the uncomfortable truth that AI and robots can execute a lot of tasks a whole lot quicker than humans can.

But when it comes to quality, automated testing isn’t always the best way to achieve a fantastic product.

In fact, in some scenarios, automated testing can actually be a burden for QA teams, contributing to higher costs and missed bugs.

However, when done right, automation can be a fantastic tool in your testing toolkit. You can execute hundreds, even thousands, of tests at the click of a button. And with no margin for human error.

So, when is the best time to automate your testing?

We put the question to tech professionals from across the globe. Here’s what they said.

When the cost makes sense

The bottom line is: if you can save money and still deliver a quality product, cut costs where you can. That’s where automation comes into its own. But automation tools aren’t cheap, so the project size needs to be big enough to justify the cost. What’s more, the test needs to have the longevity required for the cost to make sense as well.

An overly-generalized rule of thumb for software automation is whether you value short-term costs or long-term ROI. If there is currently no room in your budget, skip on testing automation, especially if it’s a smaller-scale project. If it’s a large, long-term project, automation can save time, frustration, and even money!”

When you are using repetitive tests

If you are running the same test again and again without changing it, the likelihood is it would be much more time efficient to automate.

That’s because a manual task being repeated regularly wastes your team’s valuable time, and is likely to lead to more errors due to lack of attention.

“If you have a large amount or multiple repetitive software tests to do, automation is often the best option to save on time and get more in-depth reliable results.”

“The benefit of automated testing is linked to how many times a given test can be repeated, making it ideal for a system that is continuously running, with the opportunity to spot any issues as they arise, rather than reacting to ones that are already receiving complaints and losing you users.”

When time will be saved

Every engineering and QA team needs more time. Especially when contending with lightning-quick SDLCs, any time-saving activity can have a huge impact on your team’s productivity.

“Automated testing frees up time for your developers and QA team. This allows them to invest their time into other features which can help reduce costs. By freeing up your dev team’s time, they will also be motivated to contribute more and work on features that they’re really passionate about.

It also saves money as there is a less likely chance that regression bugs will be introduced into the system. Debugging is one of the most time-consuming tasks that a developer is responsible for. Automated testing helps to reduce cases where debugging is required.

“First and foremost, testing automation is the best way to ramp up software delivery speed without compromising the end-product's intended quality, infrastructure, or functionality. Automated test scripts can run continuously, evaluating the newly developed features against various requirements and promptly detecting errors and bottlenecks.. This noticeably reduces the feedback cycle and enables the development team to make mission-critical fixes early on.

When quality is sure to be improved

Automation removes the possibility of human error. For that reason, in some scenarios quality can be dramatically improved by the use of automated testing. But you can also run hundreds of tests at once, meaning you will deliver a well-tested product that can be re-tested time and time again.

“Automated testing ensures that the core user experience is optimal. Whenever bugs are introduced that impact the end-user, this can cause headaches for customers and may ultimately lead to customers ending their business and/or not recommending your business to their network. Automated testing, particularly of the core customer experience, is a must-have. This ensures that whenever a new feature is developed, even before going to production, the developers are alerted automatically if there are any issues. This will prevent any bugs from hitting production, and ensure that customers are getting the same experience they’ve grown to love.”

When tests are run frequently

Having the capacity to run frequent tests at high volume just isn’t a possibility in many engineering teams. Manual testing can only go so far, especially for smaller teams with no in-house testing team. If you would like to scale up your testing capacity, speak to one of our growth experts today to see what we can do for your team.

“Businesses should automate their software testing when they regularly conduct tests at a frequency where it’s more feasible to automate than manual. Ten tests are usually the baseline for manual testing, and anything more than that already needs automation.”

When you need to run multiple tests at once

Running the same manual tests simultaneously is no easy feat. The likelihood of a team having the capacity to run 100 tests at exactly the same time is low. Automation makes this task super fast and enables teams to test rapidly without feeling the pressure.

Automation testing is also a good way to avoid human error in your testing. With automation, you can be sure that all tests are exactly the same, with humans you are allowing your simple error.”

"When your testing needs grow to the point that you need to run multiple tests on different devices at the same time. You can run tests manually on different devices, as long as you have enough manual testers. However, if you want to test your system by running tests simultaneously, you need to automate your testing. Essentially, you can set up a script to run automatically from a number of devices."

Get started with automation

Automation testing definitely has its benefits.

Find out more about getting started with automation here.