Why Making QA a Priority Is Important

I just couldn’t figure it out. I sat there in amazement as I watched customer after customer come in and out of the salon while I waited patiently. My frustration levels began to rise until I finally left my appointed time and went across the street to get my hair cut.


It all started when we had a last minute notification of important visitors to the office the very next day. Panic had set in because I’d basically been ignoring the need to cut my hair. I know that probably sounds ridiculous but it was just the last thing on a very long to-do list.

Anyway, this new and sudden impending arrival of important guests meant I had to make a snap decision and find a place to cut my hair. The person who answered the phone at the first place suggested I make an appointment since they were busy so I obliged.

When I arrived I knew there was something amiss! The place was basically empty except for the person on the front desk and a single stylist cutting hair extremely slowly. My first impressions were that I had been tricked somehow but that it would work out ok. Most people call this the “sunk cost” fallacy. 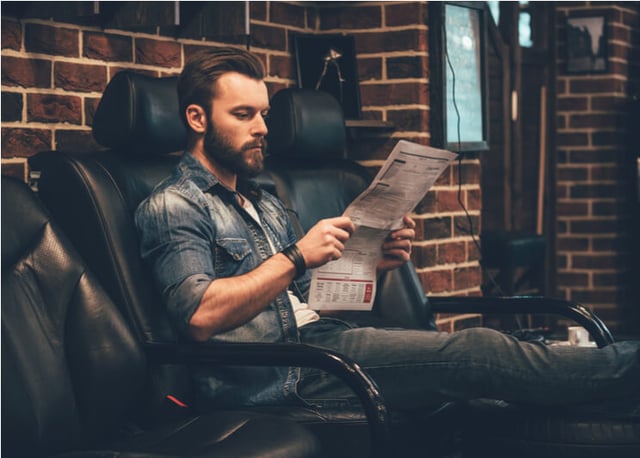 Needless to say I ended up leaving after 30 minutes of waiting where my appointed time came and passed without even a mention. Things didn’t bode well for this place. Within minutes of leaving I walked into another salon who was jam-packed. They were cutting hair much faster, moving with their customers through their product/service and delivering a quality experience.

So, why do I tell you this? The thing is that I couldn’t help but think about the companies who are delivering the exact same thing to their own customers through their mobile apps and websites. It’s one of the main things we help companies do - speed up their development cycles.

I remember us working with a mobile games developer who was releasing every other month when they first contacted us. EVERY OTHER MONTH? How on earth were they even making any money when their competitors could have easily just swooped in and released more games in a shorter amount of time?

The thing is that this company had never put QA as a priority and so their testing cycles were so long it was delaying the whole entire release process! Even though they spent a ton of time on their releases, they were still riddled with bugs. Their app store rating was in the toilet and customers were not happy.

One of the key things you have to remember is that when you deliver a great upfront experience (i.e. the marketing/sales side) and can’t back it up with a good product then customers will leave. Like I did. You’ve got to have a great product or customers just won’t care and they won’t stay with you.

Have you ever downloaded an app and thought you were getting one thing only to get something completely different? That's the exact experience I had at the hairdressers earlier. It's also the experience that many customers have every single day. And, that's why repeat app usage is so low.

Don’t believe me? According to Kissmetrics “79% of web shoppers who have trouble with website/app performance say they won’t return to the site to buy again and around 44% of them would tell a friend if they had a poor experience shopping online.”

If you got a faster response and finished up quicker with great service, you’d be happy right? Now, if an app or website gets released faster they benefit from: faster feedback loops, fixing errors quickly, iterating on their product and overall reducing the amount of bugs in their product. It also doesn’t hurt to be ahead of your competition!

If you’re ready to release your products faster, and with higher quality, then connect with one of our QA consultants and we can walk you through the exact steps your organisation needs to take. It’s not overly complicated but we can be delivering you QA results in less than 48 hours.