How to Not Be the Next Wirecard (Why Product Quality Matters) 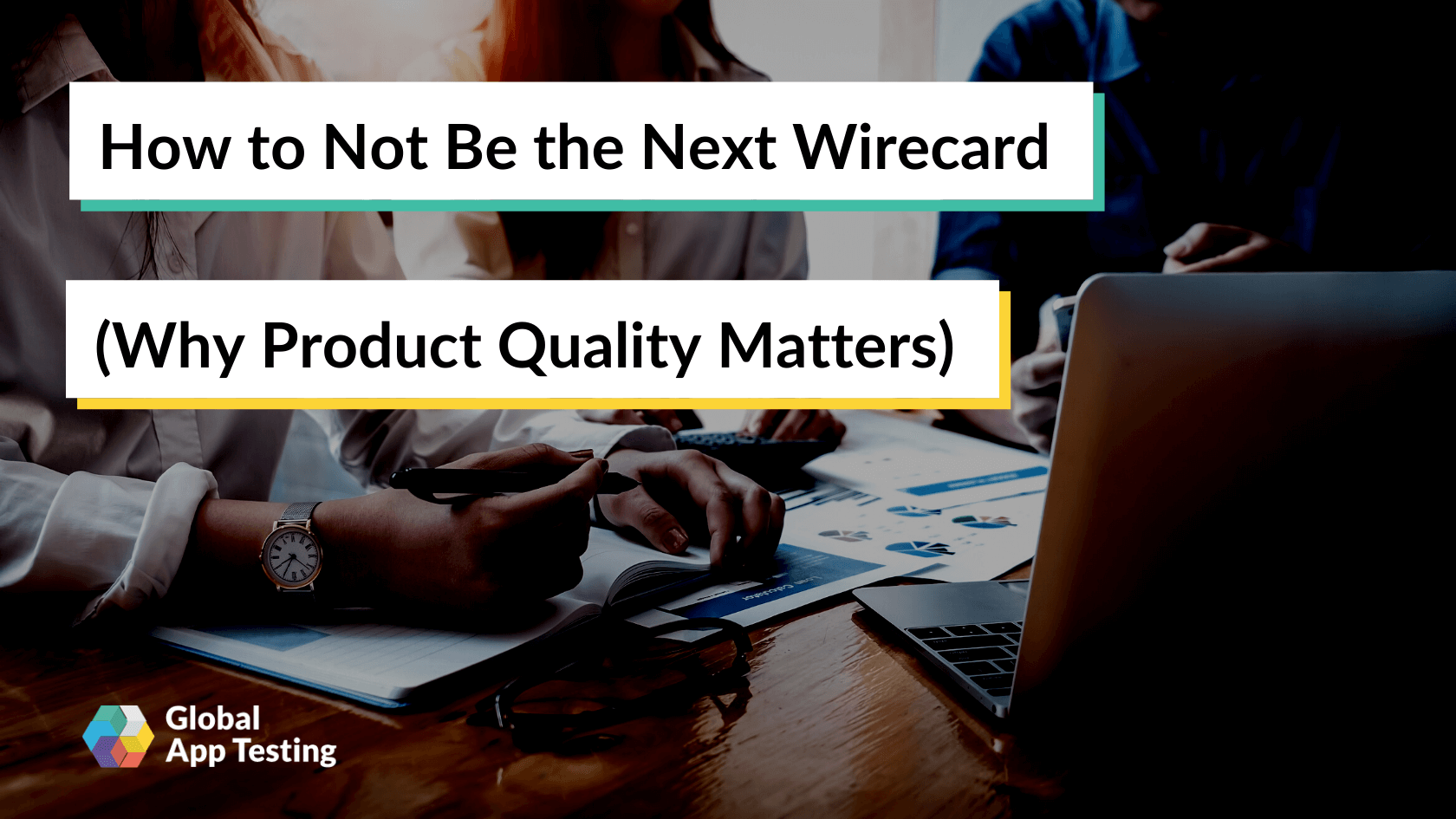 Sometimes, when something looks too good to be true, it is.

One of the big signs that something wasn’t right was that Wirecard was claiming to be incredibly profitable, but they were plagued with quality issues. If you look at the app reviews, there are significantly more negative reviews than there are positive ones. For the most part, bad reviews are to be expected, but when you end up like Wirecard, a company supposedly worth hundreds of millions of dollars, you should have an app that works. It was one of the many red flags being flown by Wirecard prior to their collapse.

Watching for the warning signs

Long-time critic of Wirecard, Mirabaud Securities, recently released a list of 20 warning signs to watch out for when looking for the next Wirecard.

You’ll notice right near the top of the list (at No.5):

As mentioned, Wirecard had a lot of quality issues with their app. That lack of quality creates distrust among users and analysts, especially when you’re making huge deals like Wirecard.

Trust is an important factor in a lot of transactions. Even if your app is free, users need to feel that you can be trusted. They are using your app to complete some task - whether it's relaxing or managing finances. If your app appears to be untrustworthy, people are going to think twice about using it.

You can’t achieve that trust if your app is raising alarm bells that indicate fraud, like Wirecard. People will see reviews and think, “Can I really trust this app with my money?” and then download something else.

Let’s take a look at some of the ways you can avoid appearing to be a Wirecard when you’re not.

The simple answer is that product quality matters because people won’t use something that doesn’t work.

Even when an app is free, if you download something that doesn’t work, or doesn’t work well, you’re not going to use it. You can probably think of a few different apps right now that you’ve downloaded, either free or paid, that haven’t worked for you. And, when that happens, you stop using it, even if it’s something you really need or like.

It’s something we’ve talked about before when discussing the Better Driving app by Carrot Insurance. The app was buggy and causing problems for users that would end up costing customers quite a bit of money, especially for young drivers.

These problems can cost your company customers, it can affect your career, and it can affect the company itself. As of 2018, poor quality software cost businesses $2.8 trillion in the US, according to Cisq.

Users aren’t shy about putting their feelings about a buggy app out there, either. If something doesn’t work, they let you know, just like they did with Wirecard. The reviews section of an app is a great way to let others know something isn’t right.

You can no longer afford to just ignore the problem and hope users will stick with you until you figure it out. Most of the time, you have as long as it takes them to find a replacement. Given the sheer number of options that are out there, that’s not long at all.

Ensuring you deliver a quality product

To avoid your app being deleted from phones (or worse, ending up like Wirecard), quality control should be a top priority in your company.

All too often, companies leave testing and quality control until the end. What ends up happening is the app gets handed over to the QA team at the last minute. QA does their best to find all the bugs, but there’s never enough time to catch everything before the app ships.

This approach, however, doesn’t make quality a priority. Instead, QA needs to be introduced as early as possible. This helps you do a few different things.

First, it reduces the amount of money it costs to fix the issue. Fixing a bug when an app is live costs significantly more than a bug fixed during development.

Second, it makes you look more professional. Think of all the high profile launches that have been plagued by bugs. Even top tier companies look amateurish when they release a glitchy product, especially when some issues come up repeatedly. Apple has had a couple of instances where their apps have had bugs in them that made it possible to let others listen to private conversations. This happened twice in the same year with different apps. These are the kinds of quality issues that can have people wondering what you're up to.

When testing, it helps to not just follow a testing script and call it a day. You have to take into account that different people are going to use your app differently, whether they're using different devices or different browsers or using your app to achieve different goals. Keeping all of those things in mind when you’re testing, ensures you’ve got a product that everyone can use.

When you prioritise quality, you build the kind of trust that helps keep you from becoming the next Wirecard. You’re not just throwing a half-complete product out there that doesn’t really work.

Ultimately, this means taking a comprehensive approach to testing. When used together, exploratory testing and crowdtesting make an excellent combination of testing practices that will cover how people use your app, the devices they use, and the various use cases that make your app a good choice. Combined, this blend of testing approaches gives you the ability to put quality at the forefront of every product you release.

The good news is that you can partner with a team that can help you with all your testing needs in a way that really puts quality first.

Global App Testing helps you thoroughly test your app in a way that covers all the possibilities and allows you to get a quality app to market, fast.

To find out more about how we can help, book a call with one of our experts today.